SEND ME MORE INFOrmation
Trips to Ivory Coast, an enriching journey to the beating heart of West Africa. Blessed with a grandiose nature and amazing ancestral culture.

Trips to Ivory Coast, an enriching journey to the beating heart of West Africa.

Blessed with a grandiose nature, this country boasts two million hectares of wooded savannas, lush jungles and a rich and varied fauna and flora.

Although Côte d'Ivoire has 8 national parks and 21 nature reserves, unfortunately only two of them are really visitable. One is Tai National Park, the largest remaining primary forest reserve in West Africa, and the other is Comoe National Park.

Culturally Ivory Coast is an exceptional country. Its four major cultural areas (Akan, Gur, Mandé and Krú) make up some 60 ethnic groups. These areas are home to a variety of customs and initiation rites that constitute real wealth, sources of education and knowledge for travelers seeking the unusual and want to discover an authentic Africa.

Ivory Coast, a country of contrasts

When you travel to Côte d'Ivoire you will see some of the most brutal socio-cultural, economic and architectural contrasts in West Africa.

Côte d'Ivoire is a country that is enormously varied in every sense of the word, as is its infrastructure. It is possible to find a perfect toll motorway between Abiyan and Yamoussoukro or a hellish track in not so remote areas of the country, such as the one that takes you to Tai National Park.

In our trips to Ivory Coast, we will be able to see the very important role that agriculture plays in the country's economy. In percentages, Ivorian agriculture represents between 25 and 35% of the national economy and between 40 and 70% of the income from exports.

Côte d'Ivoire is the world's leading cocoa producer and accounts for 10% of GDP and a 40% share of world cocoa production. Around 6,000,000 people live on cocoa-related income.

As for coffee, Côte d'Ivoire ranks third in the world and fifth in the world in palm oil. In addition to these crops, traveling around the country we will see important crops of hevea (rubber) pineapples, bananas, mangoes, etc..

What to see on a trip to Ivory Coast

Ivory Coast is wonderfully rich in culture and natural attractions. The national anthem describes the country as a land of hope, which is indicative of the positive attitude of its people. Always friendly and welcoming, the good nature of Ivorians will be found wherever you go.

In reality, it is modernity that distinguishes Côte d'Ivoire from other West African nations.

Although the capital of Ivory Coast is Yamoussoukro, for all intents and purposes it is Abidjan. You will most likely start your trip to Côte d'Ivoire at Abidjan airport.

Abidjan is one of the most modern cities in West Africa, and its bright skyscrapers with eye-catching advertising will surprise the traveller.

Yamoussoukro is the surreal capital of Ivory Coast. It is an unconscionable city, with immense avenues of eight and ten lanes, enormous promenades full of lanterns and empty of people and a colossal basilica (Our Lady of Peace) inscribed in the Guinness Book of Records as the largest religious building in the world.

Grand Bassam, located between the Atlantic and the lagoon Ebrié extends this small historic town (Unesco World Heritage) which was the first capital of Ivory Coast. The French quarter with its old colonial buildings in decadent state, witnesses of the passage of time, the lively fishing village of N´ZIMA and its beach are some of the places to visit of the city.

As for beaches Ivory Coast offers 550 kms of coastline. You can sunbathe, surf, relax or have a drink. Some of the most impressive are in Asine Mafia and in the west of Ivory Coast.

Sassandra is surrounded by lush vegetation, with primary forests and tropical plantations, beautiful beaches, mangrove landscapes, with ancient colonial vestiges. Sassandra is an essential stop in our trips to Ivory Coast.

Travelling to the north of Ivory Coast

The north of the country is decidedly less developed, and is a region where traveling through beautiful landscapes and remote roads we can experience a more traditional lifestyle in some of its picturesque villages.

In Senufo Country, we will find a town full of traditions, villages in the savannah where ancient trades and ancestral rituals are preserved.

Korhogo is one of the main cities in the north of Ivory Coast and serves as a base to explore its interesting surroundings, where in each village there is a specialty:

The village of the weavers of Waraniéné
The village of Natio where shea butter is made
Koni blacksmith village with its "blast furnaces".
Fakaha this village is famous for its painters who paint on cotton and for the stay here of Picasso, who recognized them as a source of inspiration.
One of the must-see villages on any trip through Côte d'Ivoire is Niofoin, with its stunning fetish houses (see blog).

Man and Dan Country in the West of Ivory Coast

In the west of Ivory Coast inhabits the village Yakouba or Dan. Another stop on any of our trips through Ivory Coast is the town of Godofuma.

Godufuma is located in the heart of the Dan Country, in the west of Ivory Coast. The Dan are an animistic people who preserve many of their ancestral rites. In this beautiful village of traditional constructions located in the forest, we attend a masked ball at night and acrobatic dances in the morning, in addition to enjoying the incredible hospitality of the people.

Further west, towards the triple border with Liberia and Guinea Conakry are impressive liana bridges that, although they are no longer in use, have served to communicate shores and villages for generations.

Tai National Park (see blog) is one of the best reserves in this part of Africa. Chimpanzees habituated and located by GPS in the jungle, make there are many possibilities to see them. Tai also has a comfortable lodging called Ecotel Touraco.

Restoration and infrastructure in Ivory Coast

The economic, cultural and social power that Côte d'Ivoire had for years is still palpable.

In general, Côte d'Ivoire offers a reasonable range of accommodation. It is easy to find acceptable hotels at a moderate price all over the country. This is very different from what happens for example in some of its neighbouring countries such as Liberia and Guinea Conakry.

But if there is one thing that makes Côte d'Ivoire stand out, it is the enormous number of bars and restaurants that can be found all over the country (maquis), full of people eating succulent barbecues of meat and fish and drinking large quantities of wine and beer.

The gastronomy of Ivory Coast is rich and varied and in our opinion it is perhaps one of the best in the whole African continent.

In general the main cities of Ivory Coast are well connected by more than acceptable roads. In remote areas some tracks and roads can be in very poor condition even in the dry season, as in the route leading to Tai National Park.

Ivory Coast currently issues biometric visas. They are easily available at any of its embassies or by submitting an online application to Snedai.

When travel to Ivory Coast

As with any other country we can not say that there is a better time to travel to Côte d'Ivoire. Every season or even every month has its attractions and drawbacks. For example, we love to travel through West Africa during the rainy season, as the landscapes turn green and usually cool down after storms. But of course, if you want to travel to areas where the asphalt doesn't reach, the rains can make the tracks impracticable.

To summarize and generalize we can say that the climate in Ivory Coast is divided into:

From May to July: The storms rival those of October and November and we can find copious rains and thunderstorms.

From June to October it is rainy in the north, but humid and with showers in the south.

From December to February the weather is pleasant and it is a good time to enjoy the beaches. We will not find rains and the skies are clear but depending on the days we can find harmattan.

Tailor made trips to Ivory Coast

At Kumakonda we organize tailor-made trips to Côte d'Ivoire all year round with local Spanish and English speaking guides.

If you want more information do not hesitate to contact us at info@kumakonda.com

Niofoin and its fetish houses. Visit one of the most peculiar villages of Ivory Coast 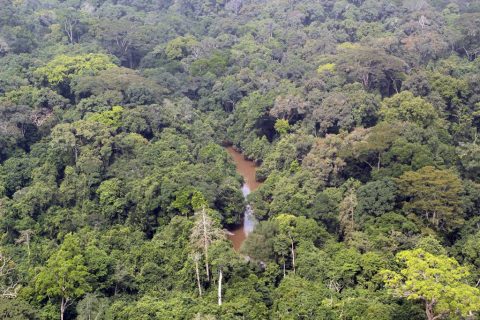