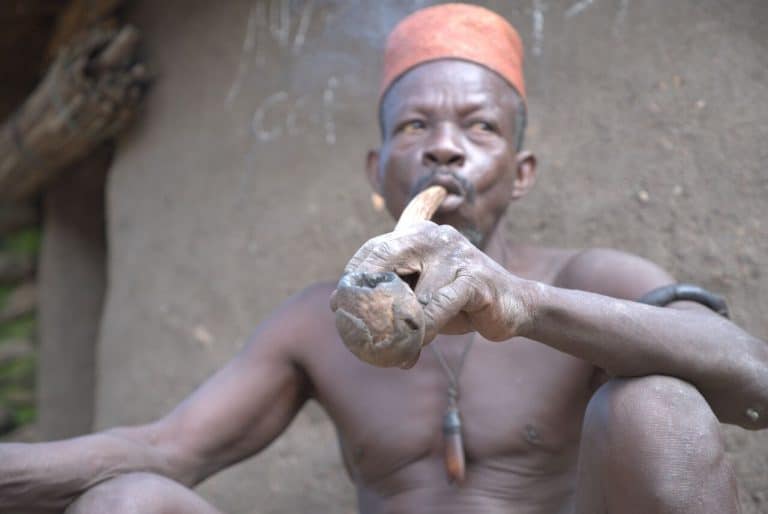 Travel to Benin – Travel guide to discover the voodoo country

Travel to Benin, information about the country

After traveling for a few weeks in West Africa, we arrived at Porga, a border post between Burkina Faso and Benin. Our journey began in Benin, one of the countries we would spend the most time visiting on this overland journey through West Africa, where we travelled: Gambia, Senegal, Mali, Burkina Faso, Benin, Nigeria, Cameroon and Chad.

Benin is a narrow and elongated country, situated in the Gulf of Guinea and bordering Niger, Nigeria, Togo and Benin.

Like many West African countries, Benin's currency is the West African CFA franc. The usual exchange rate for banks in Benin is €1 = 655 CFA.

Travelling to Benin and by extension to Togo, Ghana, Côte d'Ivoire and Nigeria, countries with which a trip to Benin is usually combined, is totally safe.

In recent months the situation in the north and east of Burkina Faso has been worsening, which makes us at this time (August 2019) discourage travel to Burkina Faso from Benin.

Apart from being a safe destination, Benin is an easy destination, not too expensive and pleasant to travel. Benin is a largely developed country, with an acceptable network of paved roads, a proper police force that will not harass the traveller, a good public transport system if you want to travel freely to Benin, and acceptable hotels and camps compared to most of its neighbours.

Best time to travel to Benin

If you dive into the travel guides, you will read that the best time to travel to Benin is in the dry season, which runs from October to February. But for tastes colors, and we love to travel through Africa in the rainy season. The landscapes are intense green and the skies are blue and clear. The heat is always mitigated by occasional downpours. Also, in August the rains give a little break in the Gulf of Guinea and make it a great month to travel to Benin.

For some years now Benin has provided an on-line visa that is very easily processed in:

The Benin visa is obtained quickly in a few minutes and we recommend to take it out a few days before the trip.

The necessary documents to obtain the tourist visa to travel to Benin are:

Benin is a paradise for photography lovers. You don't have to be a professional photographer or have expensive lenses to go home with a large number of good photographs.

Colorful markets full of life, colonial or traditional architecture, unusual places and especially fascinating ethnic groups that preserve rituals and traditions will be the focus of any photographic trip to Benin.

Some examples of beautiful portraits are these wonderful images (and others from this blog post) courtesy of Miguel Del Valle, one of our latest travelers to join us on our trips to Benin. We link you to his personal travel blog with interesting stories and photographs from different parts of the world.

From Benin to Togo

Continuing journey from Benin to Togo. Togo issues a 10,000 CFA border visa, valid for one week, making Togo a perfect country to combine with a trip to Benin.

For some years now, the ENTENTE visa has ceased to be valid in Benin and Ivory Coast, a pity, as it greatly facilitated travel in West Africa.

Overland trip to Benin with your vehicle

Benin is one of the easiest countries in Africa to access and travel with your own vehicle.

The necessary documents are:

Pasavant is totally free in Benin. In addition, the traveller who travels the country on his own with his own vehicle will be aware of the total absence of police controls or check-points. A real respite if you continue to travel to Nigeria or if you come from there.

Tourism in Benin. Dont miss when travelling to Benin

After making the border formalities, we began our journey through Benin.

The first visit in Benin was made in the waterfalls of Tanguieta, in the middle of the Atakora mountains. This great waterfall of 15 meters high, visible from the main road. The waterfall is located at the gates of the Pendjari National Park.

Pendjari is home to many of the last remaining populations of lions and elephants in West Africa. To visit Pendjari it is best to do so at the end of the dry season so we pass long to the south.

Travel to Benin on your own - Guide in Benin

Overland travelling to Benin on your own can be quite easy compared to many of the countries on the African continent, but also, in few places like Benin, it will be essential to be accompanied by a good local guide if you want to understand something of the country's interesting culture, history, ethnicity and religion.

The work of a good guide will make us submerge and deepen in each of the places we visit. Without them it would be impossible because not everyone opens up to strangers.

At the gates of the Country Tata Somba we had met with our guide in Benin, Assou.

Assou is a Spanish teacher in Benin and a great connoisseur of the country. He is the person in charge of directing the trips to Benin, Togo, Nigeria and Ghana that we offer to our passengers.

Already together with Assou in the truck we began to cross the valley of Atakora and to know the fascinating culture of the Somba.

In the mountains and valleys of the Atakora massif inhabits the village Batammariba, known in Benin as the Somba village.

In the Somba Country we enter beautiful landscapes, closely linked to the customs and religious beliefs of its inhabitants. They live in tatas, miniature castles, built laboriously with clay, wood and straw. Once upon a time, these fortified tatas allowed them to defend themselves from the slave armies of the Kingdom of Dahomey.

The tata have two floors. On the ground floor is the kitchen and a space for animals, while on the top floor are the granaries, rooms and a formidable terrace that is used to dry the grain. On this terrace some of us set up our tents.

On the outside of the tatas we find fetishes that serve as protective amulets, driving away evil spirits. On the walls, geometric lines engraved on the adobe indicate the lineage to which they belong. These lines are also carried by the people who inhabit the tata, as scars on the face.

We travel through these lands to the northwest of Benin, huge century-old baobabs dot the fields dedicated to the cultivation of corn and millet. The scenery is magnificent.

Travelling from Benin to Togo. The Tamberma Valley

We crossed the border and entered Togo, specifically the Kutammaku region. Little or nothing changes. We continue on Batammariba land. The borders in Africa are simply administrative separations.

Unlike Benin, in Togo, the Tamberma Country was declared a UNESCO World Heritage Site in 2004.

If you plan to visit Kutammaku in Togo for a few hours and then return to Benin there is no need to do the border "formalities". A motorbike rodeo will be enough to find you inside Togo.