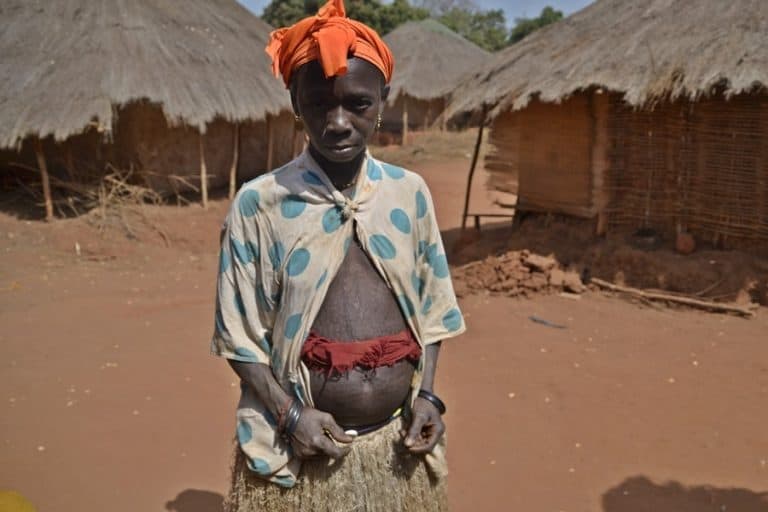 On our last trip to Guinea Bissau in February 2018 we were lucky to learn more about this West African country, small in territory, but immense in diversity and cultural richness. One of the most fascinating parts of the trip was the tour among the Bijagos Islands.

This archipelago, declared a Biosphere Reserve, is composed of 88 islands, of which only 23 are inhabited. Some of the uninhabited islands are considered sacred to the Bijagos.

Navigating through the natural paradise of the Bijagos Islands we discover an incredibly rich nature with stunning landscapes of spectacular deserted beaches changing with the tides, palm groves mixed with tropical forests, abundant birds, dolphins, sublime sunsets and the possibility of throwing a fishing rod and get in a record time a huge barracuda.

While most travelers arrive on the Islands to just flop on the beaches or eat delicious fresh fishes, the islands possess cultural and natural wonders that hold far greater value.

A walk through the islands is a unique experience. In and outside of the tabancas (villages) we were surprised how traditional Bijagos culture was really alive due to its isolation. In most of the tabancas of the Bijagos Islands, huts are made in the traditional way: mud, clay and straw. It is very curious to see how many of the houses are elevated above the ground for ​​protecting themselves from the water during the heavy rainy season.

The Bijago society is a matriarchal society, women are the ones choosing their husbands and directing many aspects of social structure: the economy, the law, welfare or spirituality.

According to an old bijago legend, life began this way:

"God created the first island, and he gave the name of Orango Island, which would be the world.

Later a man and his wife arrived, her name was Akapakama. They had four daughters named Orakuma, Ominka, Ogubane and Oraga. Then the animals and plants would emerge. Each of them had several children and each of these families was granted special rights.

The Orakuma people were granted the right of the land and the direction of the ceremonies that took place there. They were also granted the right to carve the statues of the iras, where according to the traditional cult of the Bijago people, the spirits reside.

Ominka's family was granted the sea and therefore fishing.

Oraga’s family received nature, with its fields and palm trees and all its wealth.

Ogubane's family received the power of wind and rain, thus being able to cause the dry season and the rainy season.

Thus, the four daughters would perform different but complementary and very important functions"

And this is, according to legend, why women play such an important role in Bijago society.

In our visits in some tabancas of Canhabaque Island we had the pleasure of meeting the king and the queen of the tabanca. One of the kings showed us one of his sacred objects: a trident, known as "hand of the king" that represents the hand of Orebok Ocotó, one of the great bijagos deities. This hand of the king is made by the king himself in mangrove wood and has three goat or gazelle horns. This object is used during the ceremonies that precede a trip of the king so that everything goes well.

In each tabanca we find different sacred round houses or small houses called balobas. Inside these balobas ceremonies are performed and the sacred iras (statues carved in wood) of the tabanca are kept. Although in many occasions the king or the queen are also in charge to guard these iras in their personal hut.

On the outside of many houses, hanging, we find the saias, the traditional skirts that bijago women use in their rituals and parties and even today in their daily lives. Made from the threads resulting from hitting the woody part of one vine, then tied to a rope they wear it around the waist. Depending on whether the woman is adolescent or adult, it will be shorter or longer and have a different color.

Some of the men are in the part of the tabanca where the local "bar" is located, to drink the caju wine (made of the fruit of the cashew nut). In the Bijagos, palm wine is sacred, and it is forbidden to sell it or buy it.

In some islands like Canhabaque or Formosa you can see different dances and also mask dances for their festivities and the initiation ceremonies such as the fenado (circumcision) or the impressive Vaca Bravo.

In terms of nature in the Bijagos archipelago there are two national parks, one is the Ilhas de Orango National Park, where in October-November it is possible to see hippos; and the Joao Vieira e Poilao National Park, where thousands of turtles lay their eggs on the beach, being the Bijagos Islands the third most important place for the turtles spawning of all the Atlantic. The best season to see turtles spawning is from August to November.

In one of the other islands we discovered the old Portuguese capital: Bolama. This town was abandoned after independence. A walk through this old town is a surrealistic experience incredibly beautiful, in its old avenues flocks of goats graze, the old buildings struggle to stand vertical and their inhabitants live at a leisurely and calm pace.

If you want to visit these islands deeply, knowing their culture and visiting their national maritime National Parks with the possibility of camping on the island of Poilao, we can organize tailored trip among the Bijagos Islands and the Guinea Bissau inland. The public transport in canoes between the Bijagos Islands is sporadic and unreliable, so it is necessary much time and large doses of adventure to discover these islands very far from tourism. If you want to visit Bijagos sailing in speedboats you need a higher budget. Also, for the more athletes it is possible to make kayak routes to visit some islands.