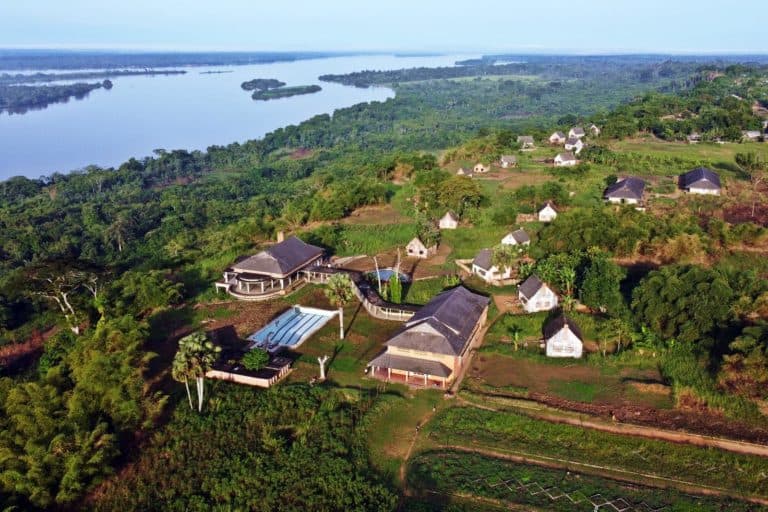 Yangambi, treasures in the Congo Basin

Yangambi, a trip on the Congo River

In the province of Tschopo, in the north-east of the Democratic Republic of Congo, in the heart of the Congo Basin forest, lies an unexpected treasure: Yangambi.

Sailing from Kisangani some 100 kilometres downstream on the Congo River, we reach this immense scientific city. Built by the Belgians in 1933, Yangambi housed until 1962 the most important research centre on the African continent for the study of tropical agriculture and forestry: the Institut National d'Etudes Agronomiques du Congo Belge (INEAC), now renamed Inera, Institut National d'Etudes et de Recherches Agronomiques.

Many of the main facilities at the Yangambi research centre have survived the passage of time and long periods of abandonment and today continue to serve as a reference point in Africa.

Among the abandoned buildings, one is particularly striking. On a spectacular viewpoint overlooking the Congo River and the surrounding jungles stands a spectacular former guesthouse that housed all the possible luxuries that could be offered in those days. Various swimming pools, restaurants, conference rooms...

Our imagination flies back decades to such abandoned places and we imagine how life in this remote part of the Congo would have been. Belgian and European fortune seekers, traders, politicians, scientists, monarchs, evangelists, travellers and adventurers would wander these once-lit streets and rest in these wonderful hotel facilities.

Scientific research installations at the heart of the jungle

These facilities included an extensive and well-stocked library of great historical value, where it is possible to find 25,000 books from different parts of the world. Also in Yangambi we find the most extensive herbarium in Central Africa with 125,000 specimens, nowadays in the process of digitalisation; experimental fields of rubber, oil palm, banana and coffee trees, some of which are now in disuse due to lack of funds and support, as well as laboratories dedicated to climatology, pedology, phytopathology and entomology, some of which are still in operation.

In its apogee, Yangambi was a veritable scientific beehive, with around 700 scientists and technicians specialising in the abundant biodiversity of Central Africa. In addition, the enclave was home to 10,000 Congolese and more than 4,000 Belgian workers and families.

We recommend visiting this interesting link, which shows a complete collection of historical photographs of Yangambi: https://www.stanleyville.be/inera.html

Nestled between the mighty Congo River and the ancient trees of the world's second largest rainforest, historic Yangambi is a journey back in time amidst the curious remnants of colonial brick and timber buildings. Alongside the colonial houses, old streets are lined with decrepit street lamps still standing in a country where electricity is virtually non-existent today.

In addition to colonial architecture, old factories and abandoned sites that are very interesting to explore, a visit to Yangambi is a profound journey into the treasures of knowledge and biodiversity, as here, in this remote part of Congo, you will find from the largest herbarium in Central Africa, to the immense research library, a xylotheque or a collection of tropical woods.

Yangambi is one of the most interesting visits to make when travelling to the Democratic Republic of Congo. Discovering some of the treasures hidden inside this lush forest will take the traveller no less than 3 days, as the dimensions of this former study centre, with its laboratories, colonial houses, reforestation projects, extend for more than 25 kilometres into the forest and more than 10 kilometres along the river.

Navigation on the Congo River from Kisangani to Lisala and Mbandaka is equally exceptional.

Research done at the Yangambi station covered food and commercial crops, general ecology and natural history. The station's herbarium had become, over the years, a haven for the surviving elements of collecting missions throughout the Belgian Congo. Some 150,000 species of plants and animals were classified and catalogued. The herbarium has since been looted and abandoned to its fate, but dozens of drawers are still full of specimens collected by hundreds of botanists, all Belgians.

In addition to plant and tree specimens, the herbarium of Yangambi also contains an important collection of animals from the Democratic Republic of Congo.

Thanks to European funds and the work of Congolese scientists and workers, the digitisation of all these samples is currently underway.

The organisation Forets works on various projects in Yangambi, including the conservation and digitisation of the Yangambi herbarium. Learn more about the Forets project

Located in the majestic INERA headquarters building, the Yangambi library contains an interesting collection of 25,000 books collected during the colonial era related to agriculture, tropical forests, climatology and the environment (among others) in the tropical regions of the world. The library now also houses photographic exhibits of great historical value.

During the Belgian occupation, hundreds of weather stations were scattered across the DRC, but one station stood out: Yangambi.

The Yangambi climate research station served as the main centre for observation, compilation and transmission of measured and collected data. Moreover, the Yangambi research station itself, more than anywhere else, was equipped with the most comprehensive set of measuring equipment available at the time in Central Africa. Today these measuring instruments are still in use, collecting data on a daily basis and providing insights into how climate change is also affecting the Congo Basin.

Looking to the future.  Source: Intelcongo.com

Only during the last fifteen years, thanks in particular to the improvement of the security situation in the region, has Yangambi gradually resumed its scientific activities.  Today, the Yangambi research centre is an "open-air laboratory" for a new generation of Congolese researchers seeking a sustainable future for the country's vast forests.

Since 2017, different initiatives of the European Community and INERA have been promoting local development, conservation and applied research in Yangambi.

Yangambi aims to become a scientific centre at the service of Congolese researchers.

Since the implementation of these programmes, the results have been tangible: Yangambi now hosts the Congo Basin's first turbulence flux tower, a structure that aims to better understand the contribution of forests to climate change mitigation. In addition, the first wood biology laboratory in Central Africa was inaugurated in Yangambi in 2019, allowing in situ analysis of wood samples to improve policies for sustainable forest management in the Congo Basin.

The INERA library and other buildings have access to electricity for the first time in decades, and more than 700,000 trees have already been planted with the aim of restoring former rubber and oil palm plantations that had become degraded land.

"The work and development research done by the FORETS project (Capacity Building, Research and Environment in Tshopo) offers policy makers, donors and communities opportunities to better understand the contribution of forests to the economy, the health and well-being of local communities, and regional biodiversity. The project, funded with resources from the 11th European Development Fund, aims to make a major contribution to the integrated development of the Yangambi Biosphere Reserve in the Democratic Republic of Congo. Its specific objectives are the conservation and sustainable use of biodiversity and ecosystem services, as well as the local economic development of the region." Source: https://www2.cifor.org/forets/en/

In Kumakonda we offer trips to the Democratic Republic of Congo in scheduled group departures and private departures.

If you would like to travel to Congo and visit Yangambi along with Kisangani and Kinshasa, please contact us by email at info@kumakonda.com or via https://kumakonda.es/destino/viajes-a-congo-rdc/. 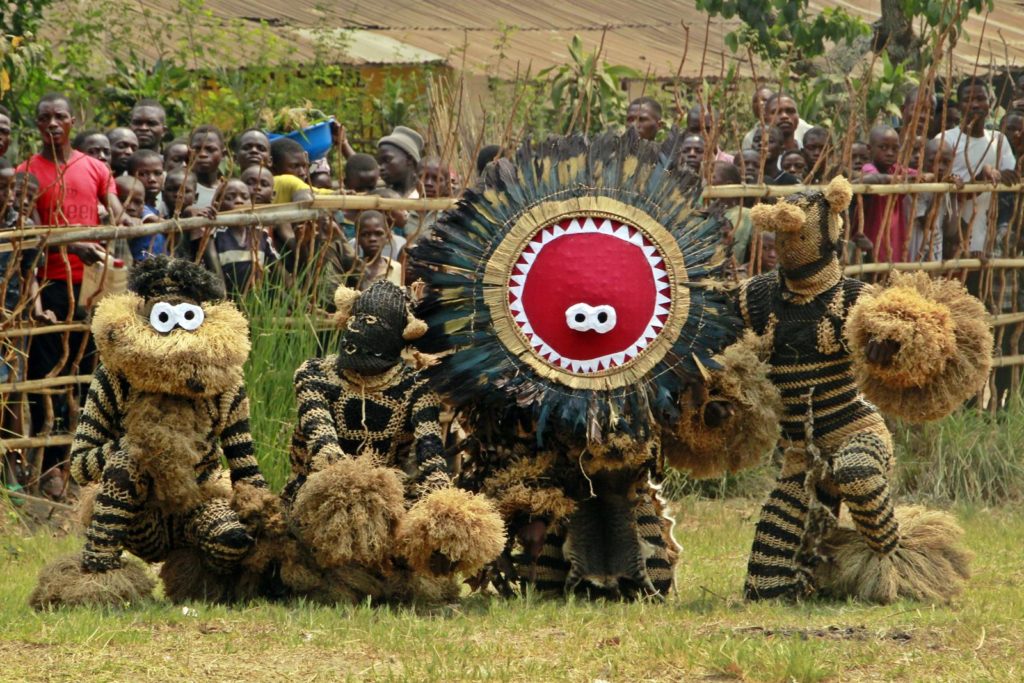