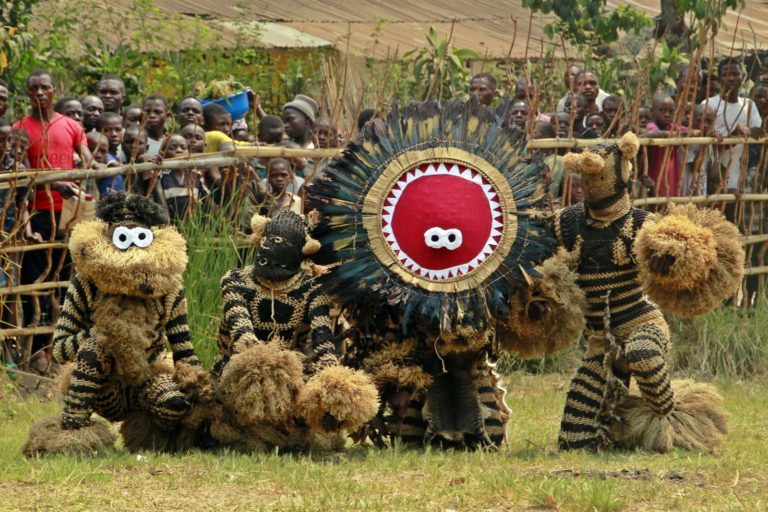 The National Gungu Festival (FESNAG) is a manifestation of socio-cultural and touristic promotion of the traditional Pende culture, promoted from within by the local communities themselves for its development. The aim of the Gungu Festival is to protect and revalue the ancestral cultural heritage of the Pende culture and other Congolese ethnic groups and the tourist, social and economic promotion of these rural areas.

Origin of the Gungu Festival in the DR Congo

Since 1925, the festival has been held cyclically in Gungu, in the province of Kwilo. The town of Gungu is two hours' drive from Kinshasa, first on tarmac and then on a terrible track. The journey is not without its difficulties, as the many corrupt police checkpoints along the route make the journey difficult. The Gungu Festival also takes place some years in other parts of the Democratic Republic of Congo. This 2022 we celebrate its 22nd edition and after years of cancellations and after years of being held in different places, it returns to Gungu.

The participants in the Gungu Festival are the ultimate owners of the secret of the various initiations that take place in the Pende culture. They are initiation masters who instruct young people during the rituals of passage into adulthood.

At Kumakonda we work with the best possible local team, experts in the traditional groups of the country. If you wish to delve deeper into the secret world of masks and ceremonies you can join some of our programmed outings in DR Congo.