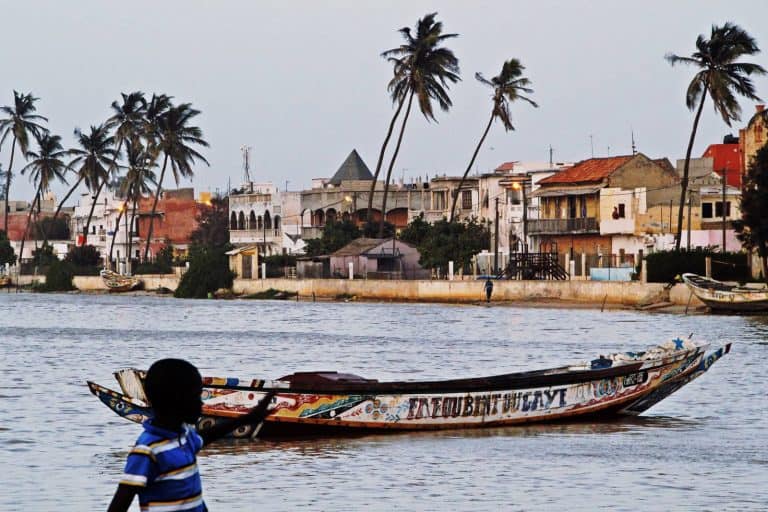 The city of Saint Louis in north Senegal (UNESCO) with its nice colonial colorful buildings, relaxed atmosphere, very attractive cultural offer and magnificent natural environment, is one of these places you will never wish to leave.

Founded in 1659, Saint Louis was named in honor of the king of France Luis XIV. It is the oldest city in the western African coast; it was the capital of the French West Africa until 1902 and the capital of Senegal and Mauritania until 1957.

Saint Louis became the neuralgic center for the European merchants who were travelling in the river Senegal towards the interior of the continent in search of slaves, gold, leather, ivory and other products, beside exercising a considerable influence in the parts of Africa under French domain, and even beyond, in terms of architecture and also for education, culture, crafts and services.

Placed strategically in the mouth of Senegal River, Saint Louis is divided into three parts: N'Dar's island (the historical part of the city) which is connected with a bridge to the fishing village in the peninsula Guet N'Dar (the Langue de Barbarie) and to the continental part with another bridge.

One of them, the one that joins the island with the continental part is Faidherbe's bridge; many guides say it was designed by Eiffel, though not entirely true this information.

Touring around its streets perfectly laid out from north to south and from east to west, you can observe the rich colonial past which still remains and discover magnificent mansions and wonderful colonial houses with wooden balconies, some restored and others in decadent conditions.

In the dock area there where the storages rooms, still nowadays is possible to find the old labels with the name of the companies and imagine the frantic movement of goods and people that would have existed in the same places going back many years ago.

After crossing the bridge towards the fishing village of Guet N'Dar is like entering into another world. The languid atmosphere of the island disappears giving way to the animated commercial part of the city.

Saint Louis's fishing port provides fish to a large part of the region and is a marvelous place to see how daily life passes by for the inhabitants of the town.

Saint Louis enjoys a natural exceptional environment. Langue de Barbarie peninsula is a narrow band of land which separates the Atlantic Ocean from the Senegal River for several kilometers.

The National Park Langue de Barbarie is in the southern tip of the peninsula, close to the mouth of the Senegal River (it contains two small islands) and it also includes a section of the continental part on the other side of the estuary.

The park covers a total surface of 2000 hectares, and is home of numerous aquatic birds, the best season to visit the National Park is from November to April, when migratory birds come back from the north in Europe.

If we visit Saint Louis from November to March and especially in January, we cannot miss a visit to the nearby Djoudj National Bird Sanctuary.

Each year, thousands of birds migrate from southern and eastern Africa, Europe and Asia to the wetlands of the Senegalese coast to breed, feed, escape from winter or as a transit zone to other skies. Djoudj National Bird Sanctuary is the third largest bird reserve in the world.