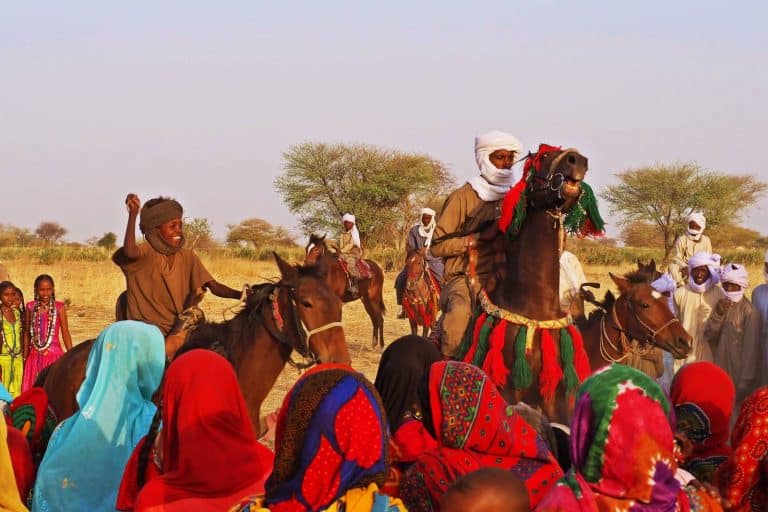 People and cultures in Chad, encounters across the Sahel

End of a trip to Chad with a big surprise

It was a real privilege to return to the asphalt in Abéché after almost 2,500 kilometres of tracks, dunes and rocky fields on our journey through Chad visiting Ennedi and Ounianga

After 16 days of camping in a row, even the toughest traveller begins to dream of a simple room and a little running water.

The last 800 kilometres separating Abéché from N'Djamena are well connected by a good asphalted road.

A priori a simple procedure in the final stretch of the journey. But this first prospective trip to the north of Chad gave us one last big surprise.

From the desert to the Sahel

In this part of Chad, we were back to a more typically African landscape, dotted with small sedentary populations where we are welcomed with huge smiles.

This is a more friendly Africa. 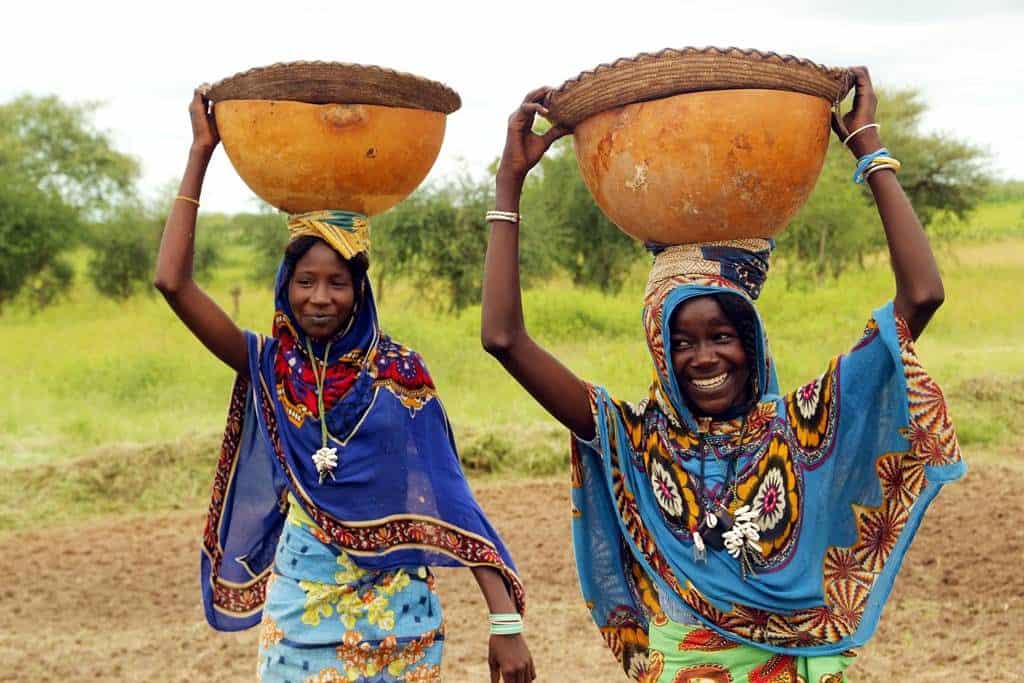 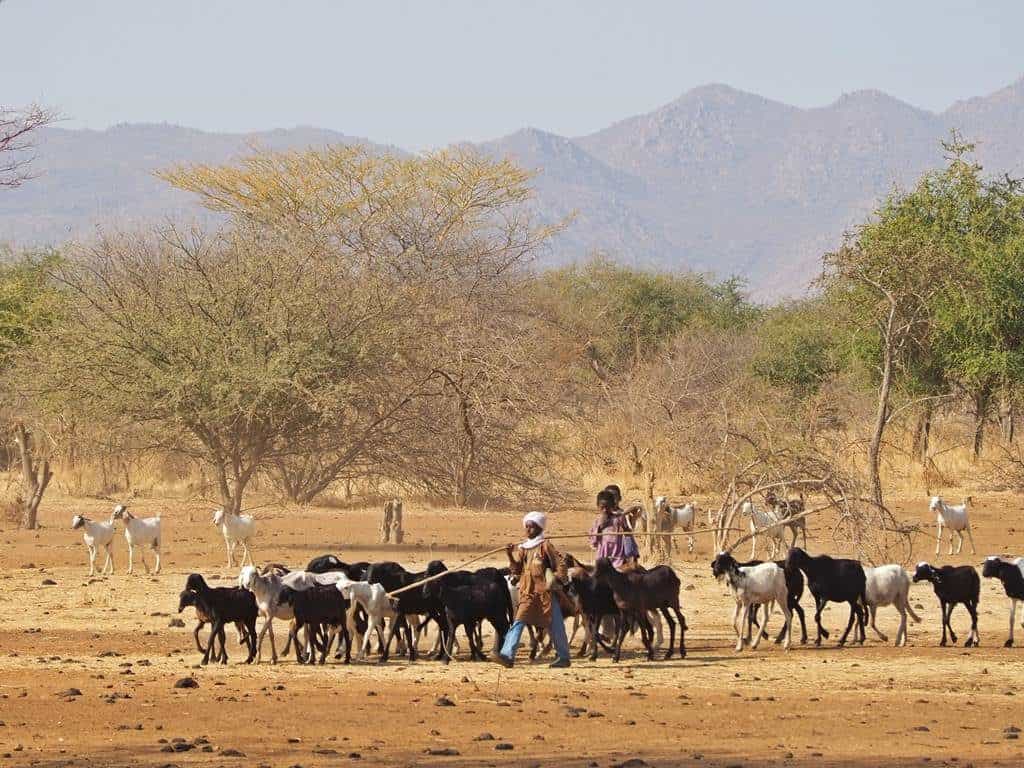 The Abéché - N'Djamena axis has historically been a meeting point route between West Africa and East Africa, and halfway between the Maghreb and the sands of the Sahara, with the savannas and forests of Central Africa.

We travel through the heart of Africa. 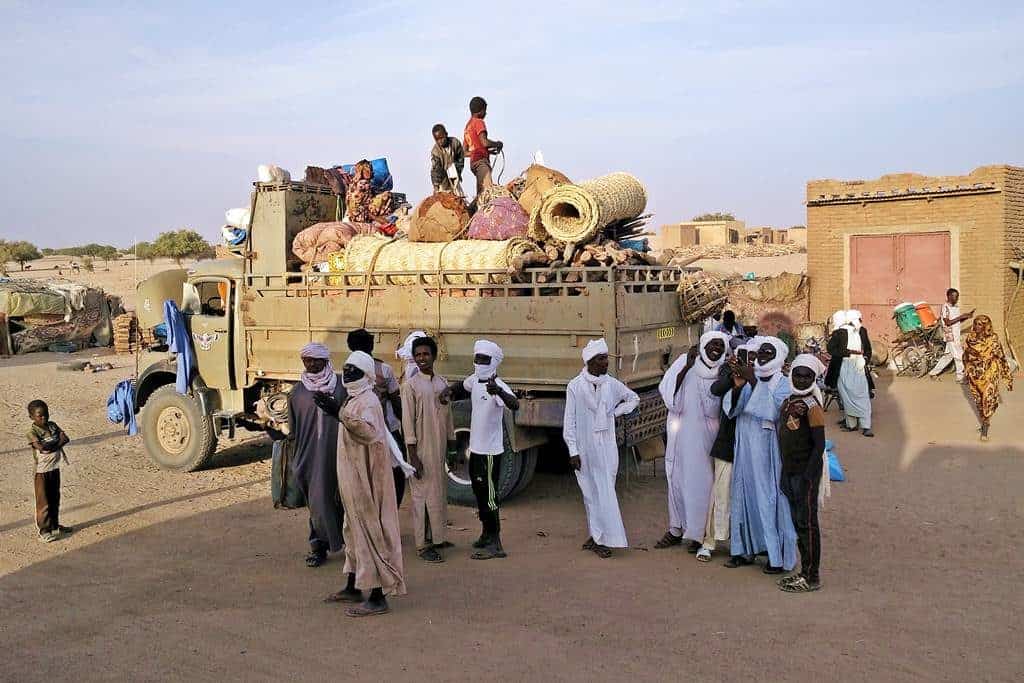 The power of water, source of life

We travel in Chad in the midst of the dry season, as we continuously observe how the task of fetching water defines the lives of these inhabitants and this activity is devoted most of the day.

In the regions of Africa where water is scarce, it is the task of women to go out in search of water.

We see how on the paths along the road, groups of women move on the backs of donkeys laden with jerry cans. 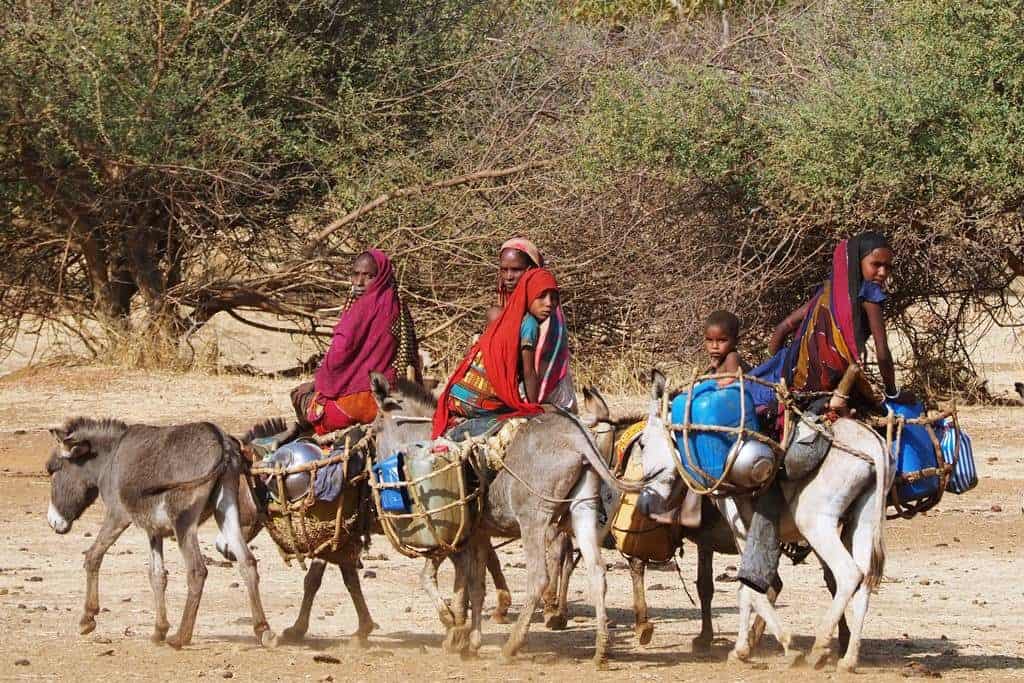 They go to or come from the ponds that still have some water, they work hard, while in the shade, a good part of the men gather to chat and drink tea, something very common in many parts of the continent.

During the dry season many drinking water sources and some ponds dry out completely.

Dozens of people and hundreds of animals gather in these ponds, where life happens. Women carry water or wash clothes, some men and women take their flocks to drink and some children play by the shore.

In the dry river beds where the water also gradually disappears, some women try to collect the last liters of water that remain in the mud.

This part of the African continent is particularly vulnerable to the effects of climate change, desertification is advancing, and more and more people are suffering from water shortages.

In Chad, as in other neighbouring countries sharing the Sahel, such as Nigeria and Mali, access to water by nomadic pastoralists has become the source of conflict with the region's sedentary populations.

Today in Chad nomadism is still a way of life for many pastoralist ethnic groups such as Arabs, Tubus, Wodaabe or Fulani.

Irregular seasonal rains and recurrent droughts make mobility the only viable route for these Sahelians.

Men or even entire families, along with hundreds and hundreds of animals, carry out transhumance every year. In the dry season they move from the north of the country to the south and return in the rainy season to the more arid regions of northern Chad. 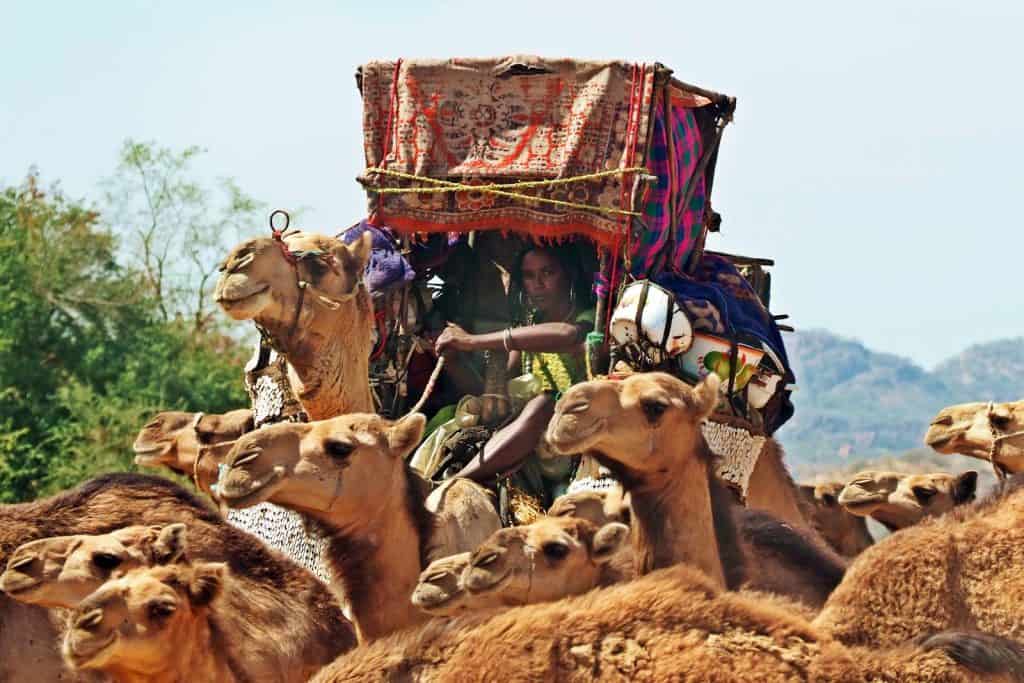 The vast majority of these Chadian nomads have always remained on the fringes of the country's various governments, even being frowned upon since colonial times, because of the difficulty they had in exercising any kind of control over them, be it census or economic (taxes).

In the different trips we have made in Chad, it has always been habitual for us to meet these nomadic groups. Fascinating encounters.

After stopping in some ponds and observing all the life that develops around, we continue towards the capital N'Djamena.

Meeting with the Arab nomads of Chad

It's our last day of travel in Chad and we thought we'd hurry as much as possible the hours of light to get closer to N'Djamena, but on the African continent always surprises come when you never expect it.

This is an area where it is usual to find nomads at this time of the year, so Hamit and I go watching in the cabin of the truck, if camouflaged among the bushes and trees we find some camp.

And so it was, next to a wooded area we glimpsed some nomad tents. As we approached, we realized that there was some kind of celebration.

They were Arabs and they were celebrating a wedding. After asking if we could stay we were invited to the celebrations. We enjoyed exquisite hospitality.

It was an unforgettable experience in which we attended dances and ceremonies and even horse races.

As the afternoon passed, more and more people arrived.

These weddings usually last one week. 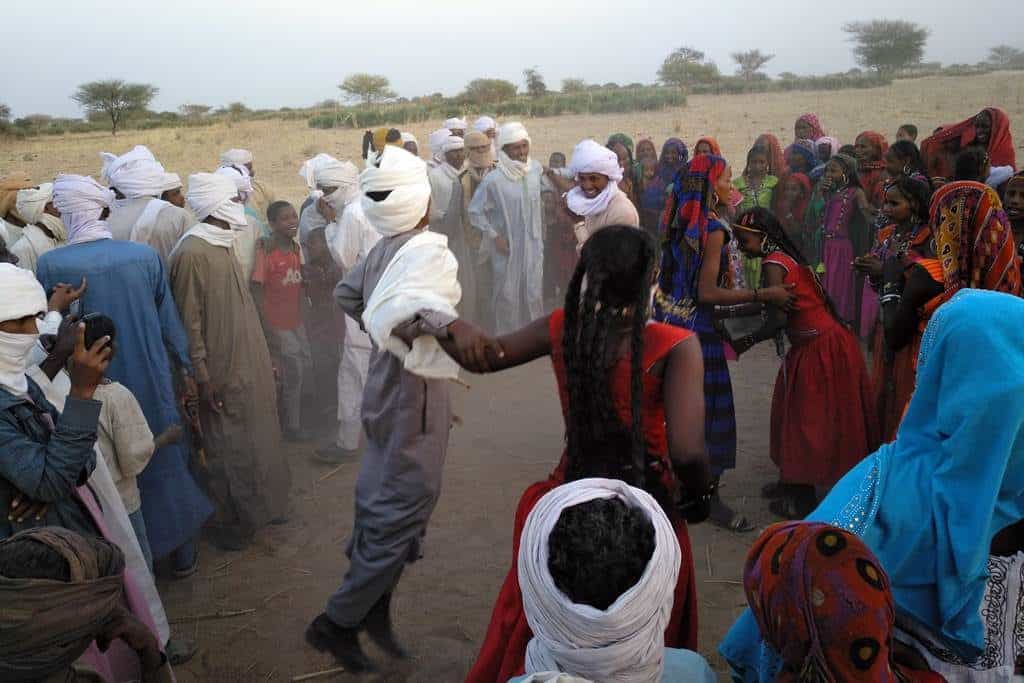 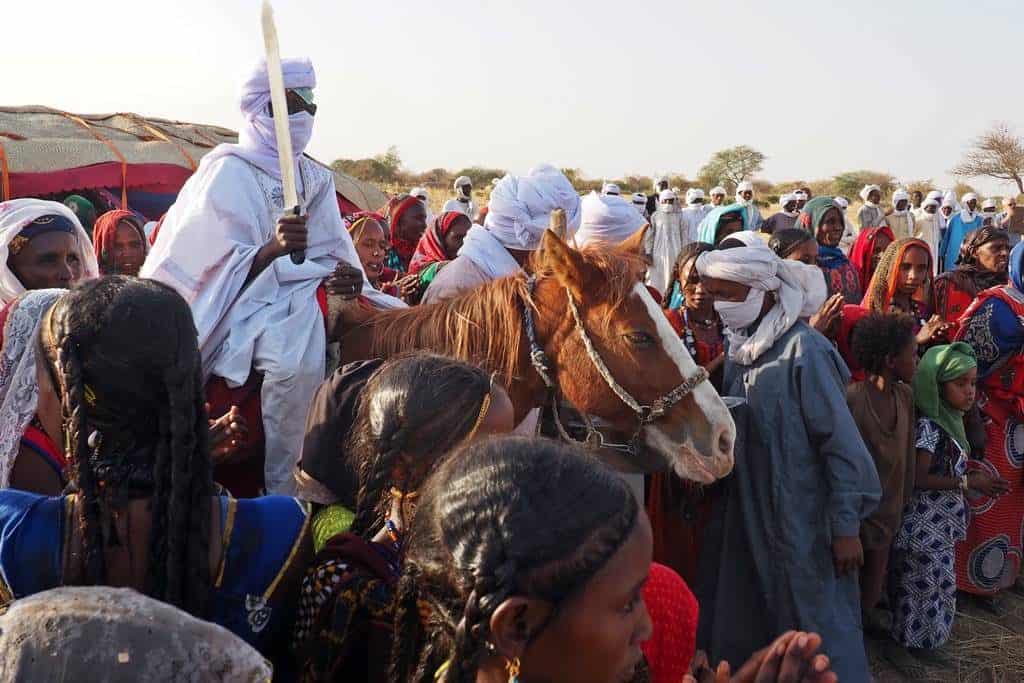 The wedding was attended by different groups of Arabs from this part of Chad, such as Aoulad Rachid, Aoulad Khouzam, Mahamid or Bassaras.

In many of these groups of Arabs it is only men who carry out the transhumance, keeping the women and children in permanent or semi-permanent villages. Commonly these Arabs are known as Misserie

We set up our camp not far from their tents and in the late afternoon we were able to chat with the different chiefs of the area who explained their celebrations and customs to us.

The next morning we packed up our camp for the last time and headed towards N'Djamena where our trip to Chad ended.

Tasting local food on our trips in Africa

One of the best ways to get to know and get closer to the different peoples and cultures of Chad and any other country is through its markets and its gastronomy. Nothing like savouring its traditional dishes in small local restaurants or in street stalls. 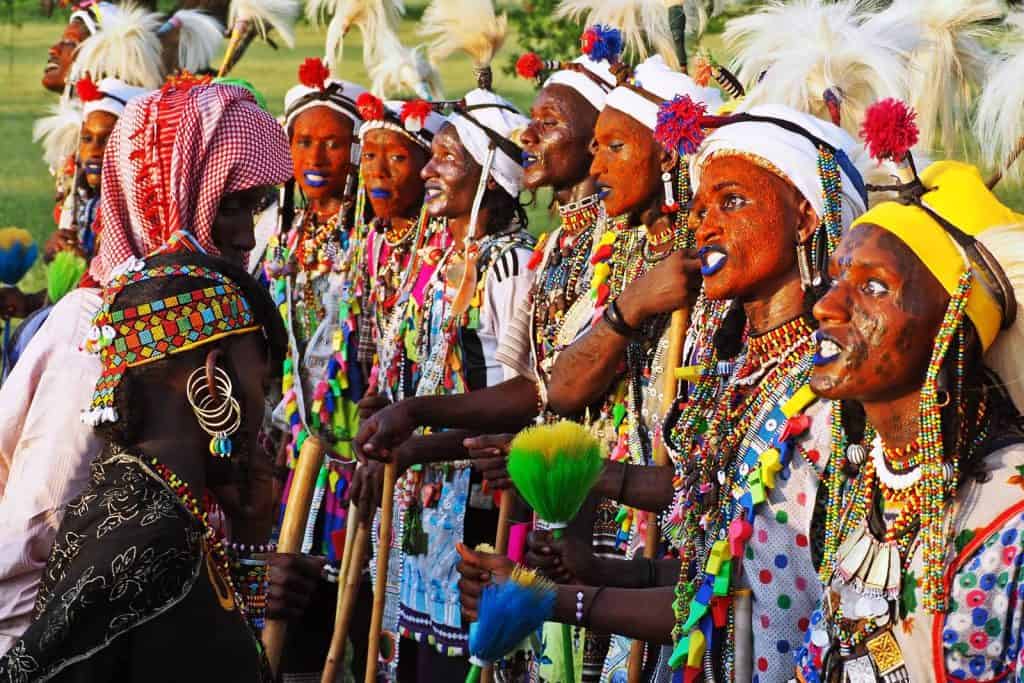 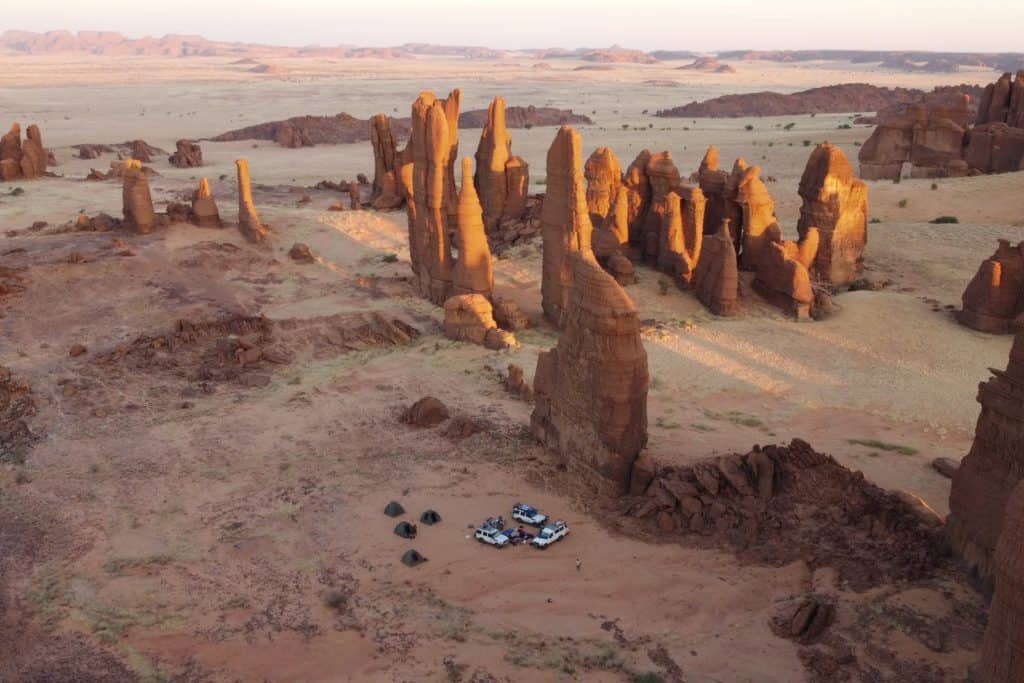