SEND ME MORE INFOrmation
Welcome to the Democratic Republic of Congo (DRC). A mythical land open to adventure and exploration, which everyone has heard about or read about, but very few have dared to travel to.

Forests, swamps and savannahs that are home to an incalculable natural treasure, the mythical Congo River, active volcanoes, the second highest peak in Africa, frenetic cities, amazing cultural diversity, corruption, lack of infrastructure, conflict areas and epidemiological outbreaks. All this is Congo.

Trips to Congo, the last unknown place on earth

Welcome to the Democratic Republic of Congo (DRC)

A mythical land open to adventure and exploration, which everyone has heard about or read about, but to which very few have dared to travel.

The Congo is a rough diamond for the traveller in search of authenticity, it also has an invaluable natural heritage and an impressive cultural diversity, but we warn you that it will not be easy to access.

First prospective expedition in May 2021

Next May 2021, we will carry out our first expedition of prospective character in the DRC, with the aim of reaching some of the most interesting places in the country. To do so, we will be using the only possible means of transport: motorcycles.

If you want to know more about this motorcycle expedition from Kinshasa to Juba in South Sudan, write to us at info@kumakonda.com

Congo: a trip to the realities of the African continent

When you travel to Congo the overwhelming contradictions and realities of the African continent will impact you as no other country you have visited before in Africa.

Congo, a country immensely rich in resources and at the same time unstable, volatile and corrupt at all ranks. The immense wealth that Congo possesses, instead of reverting to the quality of life of its inhabitants, is a source of nightmares and endless conflicts in some regions

And although the Democratic Republic of Congo (DRC) is one of the world's most important countries in terms of biodiversity and covers more than half of Africa's rainforest, due to the lack of infrastructure, there are remarkably few travellers who have got to know and enjoy any of its seven national parks and nature reserves. These reserves cover 13% of Congo's territory

Travel to Congo: the country of endless natural treasures

To travel to the Congo is to travel to the home of more than 15,000 species of plants and animals, including more than 3,200 endemic species such as the okapi, the Congolese peacock and the bonobo. But also gorillas, elephants, chimpanzees, giraffes, etc.

The mythical Congo River, its deep forests and jungles, mountains, volcanoes, savannas... are some of the greatest attractions of the country and the main objective of our routes. In our expeditions and trips in Congo RDC, we will explore the intact nature of the country

Located in the North-East of the Congo, near the Central African Republic and Southern Sudan, Garamba National Park, a World Heritage Site, was created in 1938, making it one of the oldest national parks in Africa. With a combination of rolling grassland savannah and dense dry forest, Garamba is the last protected area for the largest population of elephants and the last remaining Kordofan giraffes in the DR Congo.

Located in the far east of the Democratic Republic of Congo, the Virunga National Park, a World Heritage Site, is the oldest national park in Africa and is considered one of the most extraordinary natural sites in the world. Two of the main activities you can do in Virunga are visiting mountain gorillas and hiking to the top of Mount Nyiragongo, the active volcano that contains the world's largest lava lake.

Located in the Congo River basin and occupying one fifth of the Ituri forest in the northeast of the Democratic Republic of the Congo, the Okapis Wildlife Reserve is one of the largest water drainage systems in Africa.

The Reserve, a World Heritage Site in 1996, contains threatened primate and bird species and about 5,000 of the approximately 30,000 okapis that survive in the wild.

The Okapis Wildlife Reserve is home to the largest population of okapis, forest elephants and chimpanzees in the Democratic Republic of Congo, along with 13 species of primates, as well as leopards, forest buffalo, bongo antelopes and a wide variety of birds and insects.

The landscape is equally formidable and includes for example waterfalls on the Ituri and Epulu rivers.

The reserve is inhabited by the traditional nomadic pygmy hunters Mbuti and Efe.

Trip to Congo in search of wild bonobos

Known as the dwarf chimpanzees, wild bonobos are found only south of the Congo River in the Democratic Republic of Congo.

Bonobos share 98.7% of their genetic code with humans, making them, along with chimpanzees, our closest living relatives. Bonobos were the last great ape to be scientifically discovered.

On our trips to the Congo the search for bonobos will be one of our main objectives. Where to see wild bonobos on your trip to the Congo?

In many of them there are different groups of bonobos accustomed, which makes visiting and contemplation much easier.

In the heart of the central Congo River basin, the Salonga National Park, a World Heritage Site since 1984, is the largest protected area of dense rainforest on the African continent. Salonga has 40% of the world's population of bonobos and is the only national park in the DRC where you can find them.

This is one of the most isolated and remote national parks in the Congo, making it very difficult to access. Although the best way to reach Salonga is through the air. Salonga is also home to many endangered endemic species, such as the bonobo, Congo peacock, forest elephant and the African slimmouth crocodile.

The LuiKotale Research Centre is located at the western end of the Salonga National Park. Since its establishment in 2002 it has been used by international teams of researchers and students. In LuiKotale there are two groups of accustomed bonobos with approximately 70 members and a third group is being developed.

A combination of forest and savannah, the Malebo site is perhaps the most accessible place in the Congo where we can see wild bonobos, as it is relatively close to Kinshasa.  The WWF, which manages Malebo, has developed an ecotourism initiative called Picbou. Since then, three groups of bonobos have been accustomed in this region. 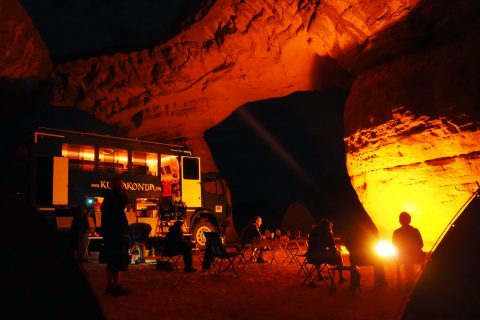 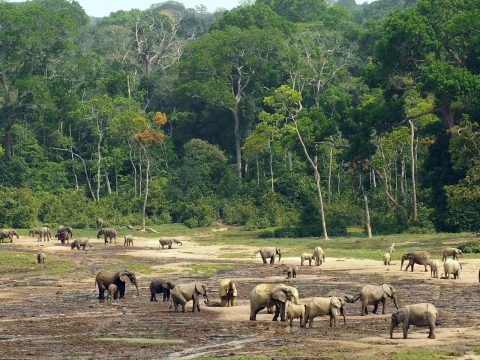 Ounianga Lakes, chronicles of a tour to Chad I 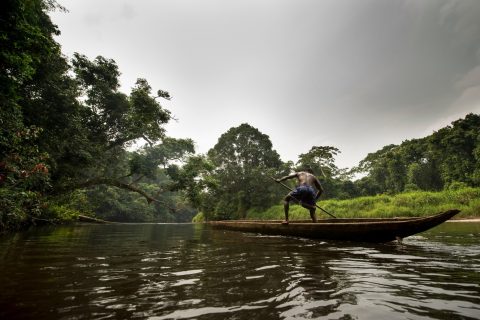 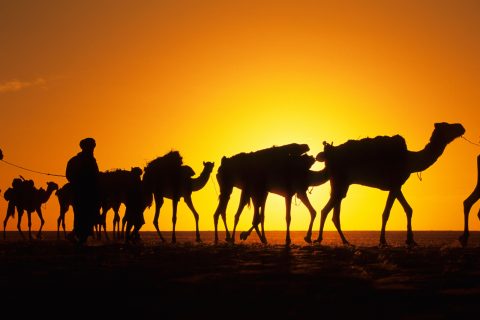 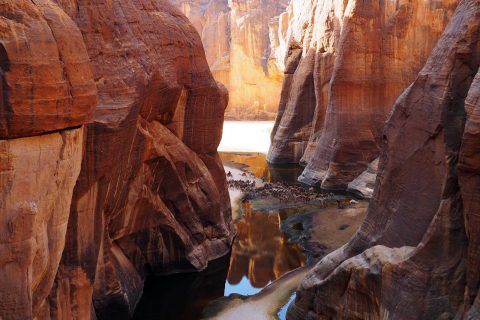